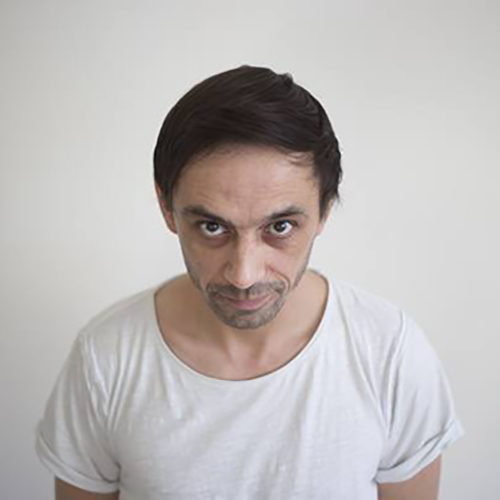 David K represents something thatʼs all too rare in electronic music today: an artist who makes music first and club music second. For him, emotion is paramount, melody is important, the pop format has its perks and original material is always better than a sample. Late at night and early in the morning, he can be found tapping away on his keyboards and throwing together arrangements on the fly (a pianist by training, he canʼt bear to make music slouched over a mouse). His only goal is to make something that will keep himself dancing.

His roots are in Paris, where he lived his entire life until 2011. He started DJing in the late 80s on a makeshift set of gear, complete with a radio and tape deck, but once he hit his first rave in ʻ91 he went straight for the Technics 1200s. He was making a living as a teacher and graphic designer, but like some invisible cosmic force, the life of the full-time artist kept drawing him in.

Always involved in creating, composing, and mixing, he began his production career with the Boogabaloo EP on Sismic in 2002, a small Parisian house label. Not long after that he fell in with some key figures in the Parisʼ underground club scene, such as Dan Ghenacia, who brought him into the Freak nʼ Chic stable.

“This album has been 10 years in the making. Well, almost.” he points out. “I started to hold on to some of the tracks I was writing over the past decade or so. I suppose you could say that this album is a bit like a bedside-table book which transcends all of my influences, my musical history, and my idea of modern music.”

David has always worked conscientiously with the dance-floor in mind, though his sound has always dipped into the outer reaches of myriad genres; rock, funk and unashamedly straight-up pop, a confluence which draws on his honest inspirations. The range of influence can be heard right through the album Beyond drawing upon mere historical influence, he has also brought on board close friends including guest appearances which only help add to the albumʼs rich makeup: dOP frontman Jaw appears on “How Beautiful You Are,” frequent collaborator Opium (of La Boetie and Nouvelle Vague) sings on “Intro,” whilst old friend and Italian producer, Francesco Farfa, shares writing credits on recent single, “Come Up From the Darkness,” Davidʼs own voice comes through on on “Show Me The Deal.” Like all of his records, the entire package is glazed in the quirky eccentricity, nonchalant percussion and irresistible hunk of sleazy and funk-fueled boogie that weʼve come to expect of his productions over the years.

In a world of increasingly short attention spans, 142-character, self-styled status updates, ubiquitous smartphones and Big Brother-esque governmental spying, David K shows that sometimes itʼs good to just take yourself ʻOut of Rangeʼ for a while. 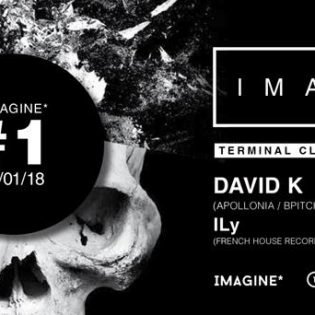