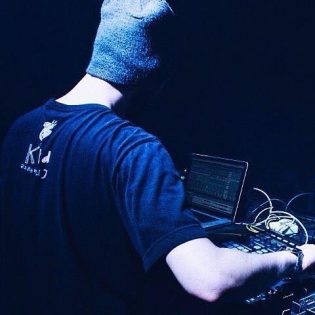 He grew up within a musical atmosphere and had his first experience with turntables in 2003 and thereafter concentrated more and more on a minimal approach to Techno, and started to produce by himself in early 2007. After his first steps into the techno field with some releases in 2007-2008, he was chosen by Richie Hawtin to take part of the “Sounds From Can Elles” project, and saw one of his track released on M_nus by the end of 2008.

Early 2009, he started to develop his own Live and to play in some clubs in Europe – including Tresor – with fantastic reactions to his sets on the dancefloor.

Fall 2010, Octave creates his own imprint with the label Silent Steps Records, several collaborations came out from this project already, with many talented artists from the Techno scene all around the globe like Drumcell, Audio Injection, Perc, Kyle Geiger, Ryuji Takeuchi, Luis Flores and many others.

Since 2010/2011, Octave has the chance to play a lot of gigs every months around Europe – also in the USA with a tour in April 2012 – and sometimes alongside very good artists like Speedy J, Cell Injection or Perc, including in his own label nights.

These days Octave continues to develop and is constantly evolving. His music combines a deep-rooted foundation of Techno underlined by stirring basslines and grooves, glitch moments, and hypnotic background atmospheres.